Top 3 Reasons for Catholics to cast a vote for Trump

Tomorrow, I am voting to ensure the defeat of Hillary Clinton.

For the record, I have not supported Donald Trump throughout the primary process and much of the general election. But as the campaign season has wrapped up, I have decided to vote for him for the three simple reasons that follow:

First, is the status of The Supreme Court. 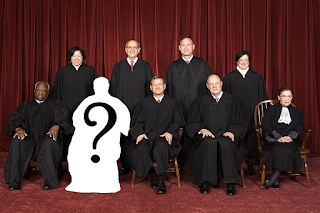 Mrs. Clinton has been in the vanguard of the Culture of Death for my entire adult life. If she is elected president, she could realistically appoint up to three Supreme Court justices. This would be a catastrophe and would enshrine the atrocity known as human abortion as an unassailable facet of US law for another generation or more. As US Catholics, we can not sit meekly by while this happens. If it takes a vote for Donald Trump to avoid this catastrophic situation, then it is well worth it.

My second reason is because Trump has attacked the political left on the national stage in a way that none of the cowardly/duplicitous GOP leadership has ever dared to.

Until the second debate, it was my suspicion that Donald Trump was a Democrat shill whose only purpose in the race was to ensure the election of Mrs. Clinton. However, when Mr. Trump began dropping rhetorical truth bombs on Mrs. Clinton in a way that no Republican has ever dared -- even threatening her with jail time for her perceived violations of federal law -- I realized that he was no shill. He did real political damage to the left in a way that I had not seen on the national stage since Ronald Reagan.

Yes, Trump is a blowhard and a buffoon. Everyone knows this. But to take on the Washington and global elites so fearlessly -- he won my admiration because this was an extraordinarily brave thing to do. He will not soon be forgiven.

My third and most important reason is this: Mrs. Clinton and her political machine hate the Catholic Church.


This was made abundantly clear when the emails from John Podesta, chairman of Mrs. Clinton’s campaign, were released in October. In these emails, Podesta admits that they had created “Catholic” front groups for the purpose of infiltrating the Church and changing Church teaching on issues that are inconvenient to Democrats. In one particular correspondence, Podesta encouraged the creation of new groups which would “plant the seeds of revolution" in the Church.

It had long been theorized that nominally Catholic front groups (eg. Catholics for Free Choice) had been created by political forces and that their crass goals had nothing whatsoever to do with serving God or our brothers and sisters, but were founded only to deliver political power to the left. Now, we have the proof. No Catholic in good conscience can vote for this attempted usurpation of Mother Church for the sake of political power.

The best way to defend and protect the Catholic Church in the US and to ensure that Mrs. Clinton and her corrupt cronies do not gain the White House is to cast a vote for Donald Trump tomorrow. As distasteful as I may find it, that is the best way forward I see at this point.

That said, we should all follow Padre Pio's advice to "Pray, hope and don't worry" for our gracious Lord is our true ruler and has the power to bring unexpected good out of even the most evil people's designs.
Posted by Florentius at 1:51 PM