The second book of the Treegate series, Peter Treegate's War, picks up the tale at the Battle of Bunker Hill, with Peter, his father John Treegate, and his foster father the Maclaren of Spey, among the Americans facing down the advancing Red Coats. John Treegate is there to fight against British tyranny. The Maclaren is there to avenge the Battle of Drummossie Muir where his entire clan was wiped out 30 years before in Scotland. Caught between them is sixteen year-old Peter. After the battle, all three are captured by the British and thrown into a floating prison. There, they meet a character who will loom large in the rest of the series--Peace of God Manly--a fisherman from Salem with a fire-and-brimstone flair.

Similar to its predecessor, Peter Treegate's War is an exceptionally entertaining tale of the American Revolution. Stylistically, it varies a bit from the first book in that it is told from Peter's point of view. I'm not sure why author Leonard Wibberley chose first-person narration for this book, but I felt it took something away from the story. (Admittedly, though, that could be nothing more than a personal bias on my part in favor of the third person narrative.) As literature, the book is an uncomplicated but enjoyable read. As history, it makes for a great introduction to the early years of the Revolutionary War for a reader who has little background. As in the first book, several historical figures are worked into the story, most prominently General Washington with whom Peter has a frank discussion prior to the Battle of Trenton.

What sets Wibberley's books apart, however, are the unforgettable characters and Peter Treegate's War supplies another one. Peace of God Manly is one of those redoubtable types who occasionally appeared in literature 100 years ago but who shows up only rarely today and generally as an object of derision. Peace of God wears his religious faith on his sleeve, shirt, coat and hat. He is vocal about it, constantly introducing himself as "one of John Wesley's poor sinners." And he speaks about Christ in season and out of season, even when it's obvious he's causing consternation or discomfort. At the same time, Peace of God is no pacifist. He doesn't hesitate to discharge a musket, fire a cannon, or even fling a Bible at his foe if the cause is righteous. As distasteful as many moderns may find all this religious zeal, it is impossible not to like Peace of God. Wibberley has done a masterful job creating this character who will play the key role in the next book in the series, Sea Captain from Salem.

Peter Treegate's War is another outstanding selection for readers young and old who are interested in the American Revolution. It's a fast and fun read that will have you hankering for the next book in the series. Highly recommended for kids 12 and up.
Posted by Florentius at 5:53 PM No comments: 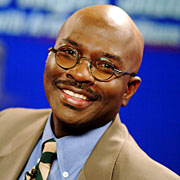 Here's an excellent article by Armstrong Williams that explores the two alien extremes that are battling for supremacy over Western civilization: extreme hedonism and extreme puritanism in the form of institutional Islam.

Next time you wonder "why do the Muslims hate us?" don't buy the convenient lie that it's because we're rich and they're poor or because we're Christians and support Israel. The real reason they hate us is because they view us, quite literally, as the Great Satan--a civilization completely without principles or morals. And the negative portrayal of Americans by our own entertainment media only amplifies and confirms that that view.

I would just like to remind everyone that we don't have to choose between hedonism and Islam. There is a "third way" -- it's called Catholicism. You remember: that religion that calls for modesty but doesn't stone you to death if you refuse to comply. Perhaps it's time to revisit that particular philosophy before one of the extremes takes complete control.
Posted by Florentius at 4:20 PM No comments: