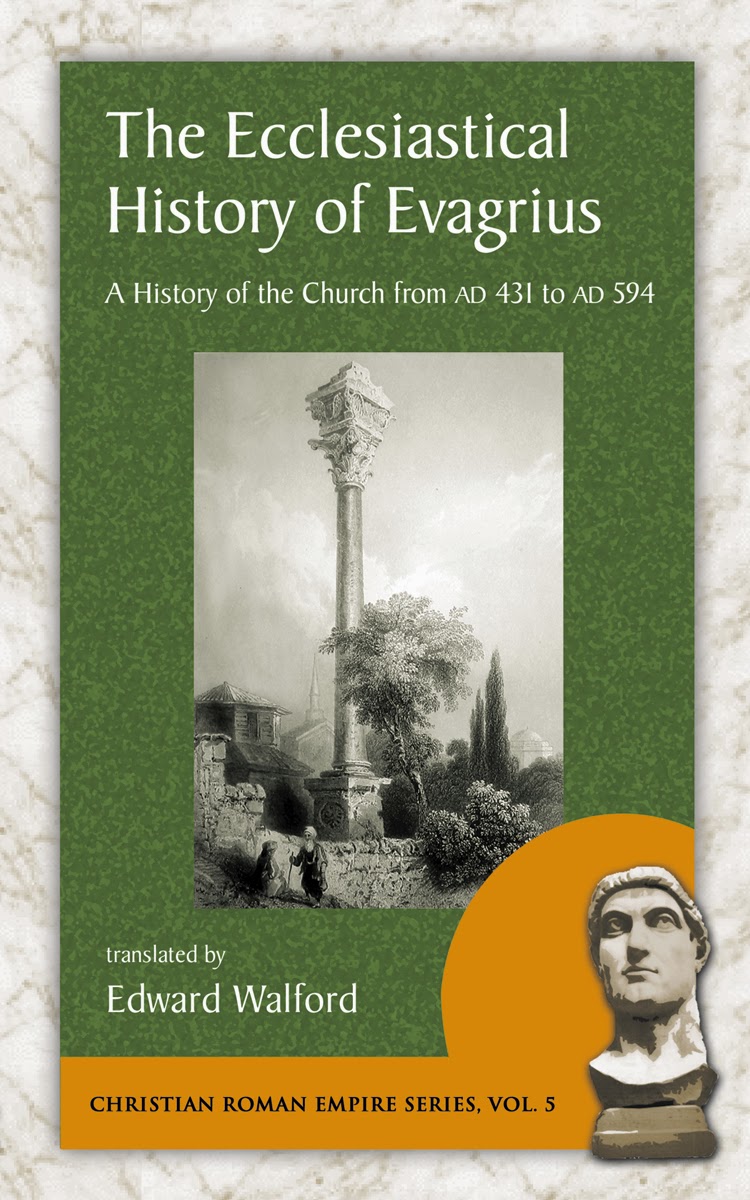 With all the articles cropping up in the media this past week about new data connecting the Black Death of the 14th century with the lesser-known Plague of Justinian of the mid-6th century, I thought I would post an excerpt from Evagrius Scholasticus, a late-Roman Church historian who witnessed the Justinianic plague first hand. And not only did he witness the plague, he survived it himself and lost members of his immediate family to it. Here are Evagrius's own words:


“I will also describe the circumstances of the pestilence which commenced at that period, and has now prevailed and extended over the whole world for fifty-two years; a circumstance such as has never before been recorded. Two years after the capture of Antioch by the Persians, a pestilence broke out, in some respects similar to that described by Thucydides, in others widely different....Some cities were so severely afflicted as to be altogether depopulated, though in other places the visitation was less violent....Thus it happened in my own case—for I deem it fitting, in due adaptation of circumstances, to insert also in this history matters relating to myself—that at the commencement of this calamity I was seized with what are termed buboes, while still a school-boy, and lost by its recurrence at different times several of my children, my wife, and many of my kin, as well as of my domestic and country servants....Thus, not quite two years before my writing this, being now in the fifty-eighth year of my age, on its fourth visit to Antioch, at the expiration of the fourth indiction from its commencement, I lost a daughter and her son, besides those who had died previously.”

Evagrius goes on at length to describe the duration, recurrences and symptoms of the plague. The full account may be found here: The Ecclesiastical History of Evagrius, Book IV, Chapter XXIX, page 161.
Posted by Florentius at 2:50 PM 1 comment: