St. Francis's Letter to All the Faithful 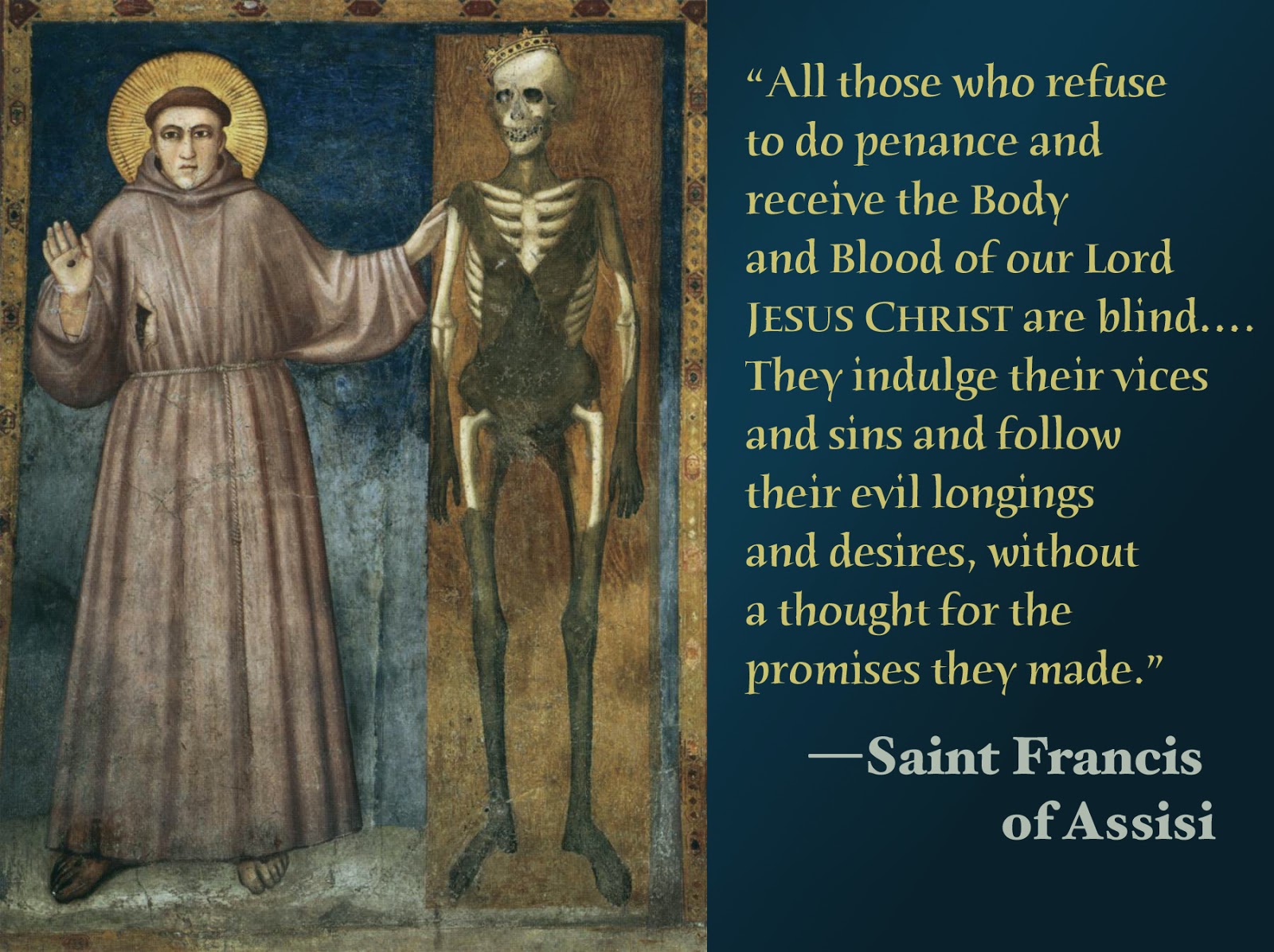 In our day, Saint Francis of Assisi is commonly portrayed as a gentle, happy-go-lucky friar who travelled around Italy preaching about being nice and blessing animals. The real Saint Francis was very far from this distorted caricature. He was a loyal follower of even the hardest teachings of Jesus Christ and a true son and soldier of the Catholic Church. He was not averse to preaching directly to the faithful in terms that would grate the soft sensibilities of many modern religious leaders. As we near the beginning of the extraordinary synod on the family, it is well to consider the words written by St. Francis in his Letter to All the Faithful:


“All those who refuse to do penance and receive the Body and Blood of our Lord Jesus Christ are blind, because they cannot see the light, our Lord Jesus Christ. They indulge their vices and sins and follow their evil longings and desires, without a thought for the promises they made. In body they are slaves of the world and of the desires of their lower nature, with all the cares and anxieties of this life; in spirit they are slaves of the devil. They have been led astray by him and have made themselves his children, dedicated to doing his work. They lack spiritual insight because the Son of God does not dwell in them, and it is he who is the true wisdom of the Father. It is of such men as these that Scripture says, their skill was swallowed up (Ps. 106: 27). They can see clearly and are well aware what they are doing; they are fully conscious of the fact that they are doing evil, and knowingly lose their souls.” Read the entire letter.

Amazingly, despite his occasionally stringent tone, Francis succeeded in converting many and rebuilding the Church in his day. May our own Pope Francis follow in the footsteps of his illustrious namesake, Francis of Assisi, and not fear to preach the authentic truths of the Church loudly and with courage. For mercy is not imparted by redefining sin away, but by helping the sinner reject sin, despise the desire to sin, and aspire to be virtuous as Christ was virtuous.
Posted by Florentius at 11:48 AM 2 comments: