Book Review: Francie on the Run Having finished The Cottage at Bantry Bay, my children immediately began agitating to read the next book in Hilda van Stockum's series about the O'Sullivan family, Francie on the Run. Like the previous book, this one tells a story that is clever, funny, and utterly charming from beginning to end.

Francie, one of the O'Sullivan children, was born with a club foot. At the end of The Cottage at Bantry Bay, the O'Sullivans come into enough money to send Francie to a hospital in far off Dublin to get an operation on his foot. Away from his family, seven year-old Francie is kept in the hospital several months as he recuperates. Eventually, he tires of waiting for the doctors to release him and decides to escape. This sets off a sequence of adventures that sends poor Francie the length and breadth of Ireland where he meets all sorts of interesting characters. Francie has an undeniable Little Lord Fauntleroy quality to him and successfully endears himself to most of those he meets--in particular, a girl his own age named Pegeen.

If possible, I think my children enjoyed this book more than the first one. They laughed again and again at Francie's adventures and enjoyed trying to figure out what would happen next. What I particularly liked about this book, as well as the previous one, is that the characters are good role models of childhood behavior. Francie is a noble little fellow and though he occasionally makes childishly foolish decisions or loses control of his tongue, his intentions are always good. I enjoyed listening to my kids laugh when Francie did something clever and groan when he did something that they knew would lead to trouble.

So Francie on the Run is another book we all recommend. Now, on to the final book in the O'Sullivan family series, which is about the girl Francie met on his journey--Pegeen.
Posted by Florentius at 10:50 PM No comments: 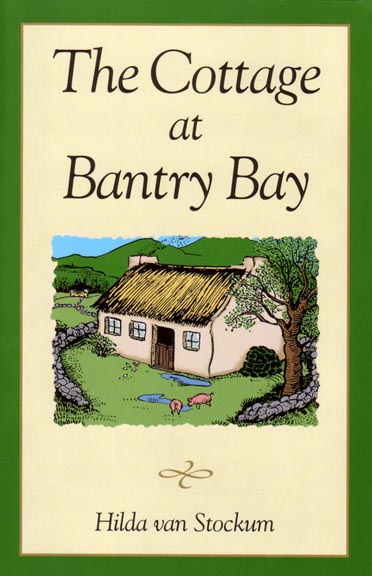 This book came highly recommended along with several others by Hilda van Stockum. When I mentioned that I had never heard of them or that particular author, I received a look (not unjustly, I might add) as if I were the most benighted creature on the planet. Apparently van Stockum's books are a staple of homeschool reading lists, and in my still appalling ignorance, I had somehow managed to miss them completely.

So starting with The Cottage at Bantry Bay, I began reading the van Stockum books to my children. I must admit, I had some trepidation at the beginning that there might not be enough action in this book to hold my kids' attention. But my worry in this regard was completely unwarranted. The story is about a simple family just scraping by in 1930s Ireland. The events that happen to them are not the stuff of epic adventure. Instead, they are charming little anecdotes that tie together and lead to a satisfying happy ending.

The story focuses on the O'Sullivan children: Michael (about 11), Brigid (about 10) and the twins Liam and Francie (6). The characters themselves drive the story and the reader can't help but get attached to them. Van Stockum does a wonderful job bringing them to life and is so successful that the reader is left a little bit disappointed that they are not real people.

My own children loved the book. They bothered me each night to read another chapter and sat there in rapt attention as I read. My oldest son's (age 8) favorite part was a scene where the two older children had to sleep in the fields and almost sank into the bog. Meanwhile, my oldest daughter (age 7) appreciated a scene where the two twins recklessly ventured out in a row-boat and got themselves stranded (I had better keep an eye on that girl...)

All in all, this is a terrific book which promotes good Catholic values and a sense of nobility even amidst material poverty. We all highly recommend it.
Posted by Florentius at 7:44 PM No comments: